Spice Up the Menu with a Creamy Sauce 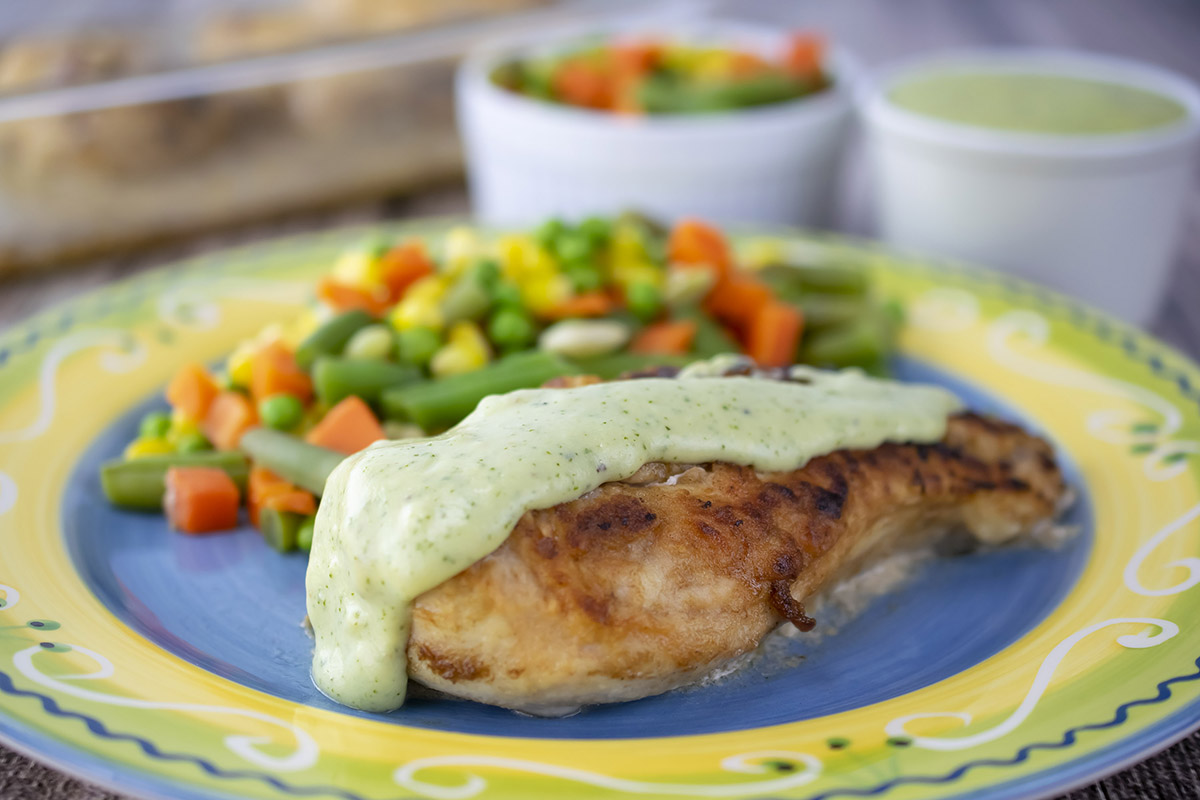 (Culinary.net) If your family spends endless amounts of time arguing over dinner plans before eventually settling on the same meals week after week, keep in mind easy ways to change up the menu without completely restocking your pantry. Trying something new doesn’t have to mean leaving your comfort zone with complicated recipes or long ingredients lists.

For example, rather than skipping traditional grilled or baked chicken because it’s feeling bland or boring, consider adding a new element to the mix. A simple dip, topping or sauce like this Cilantro Cream Sauce can bring a new flavor to your favorite dishes without entirely ditching tried-and-true tactics.

Try a simple strategy like baking chicken breasts and steaming a veggie mix. While your main protein and sides are cooking, use the blender and stovetop to create this sauce that adds taste to your plate without increasing time spent in the kitchen.

Season with pepper; mix until combined.

Filed Under: Sauces and Dips
Tags: cilantro
Try These Ideas for Light and Simple Cookout Fare

Searching is in progress